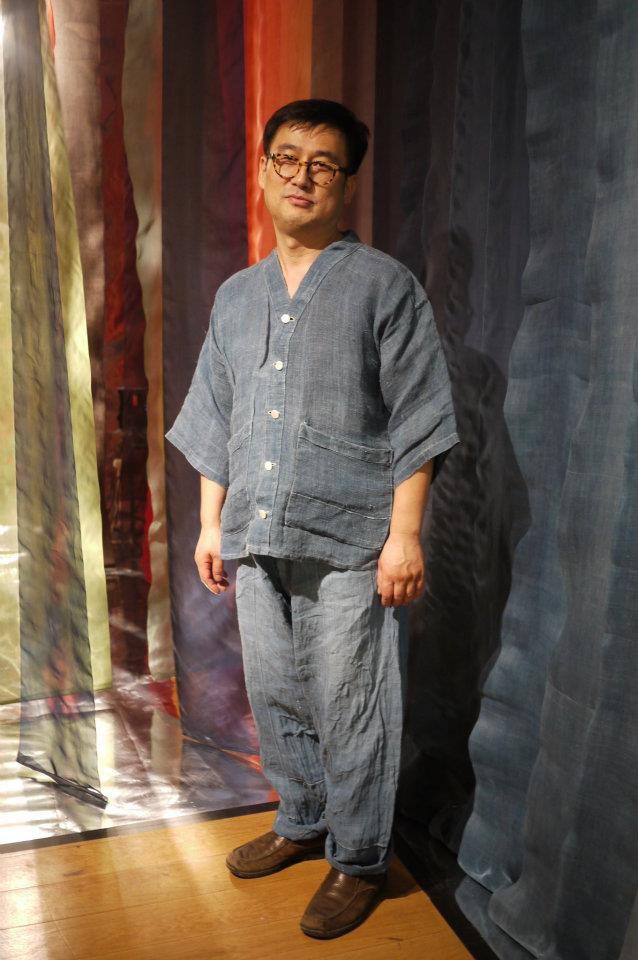 Seung Chul Lee(born 1964, South Korea) currently serves as a painting professor at the College of Arts at Dongduk Women's University. He earned a BFA and an MFA in Asian Painting from Seoul National University.

For the past two decades, Lee has been investigating hanji at Gansong Art Museum. Hanji literally means 'Korean paper,' symbolizing both its geographic origin and the uniquely Korean production techniques and methods used to make it. Founded by Jeon Hyeong-pil in 1938 in order to prevent Japanese imperialists removing Korean cultural properties from the country, the Gansong Art Museum is the first private modern museum in Korea. The museum collection includes many old Korean paintings and objects that have been designated national treasures.

After his undergraduate study, Lee began researching hanji in order to produce a strong style in Asian painting, advocating hanji paper as a decisive aesthetic element of Asian painting. Lee raised questions about whether the kind of traditional-styled paper available at that time, which he was using for his painting, was actually produced using authentic traditional methods. These questions led him to his research of hanji, which got fully underway in his MFA thesis paper, The Impacts of Hanji on Painting. While writing the thesis, he discovered that knowledge of hanji production methods had been lost to history. Consequently, he set up a workshop and operated it for six months to recover the knowledge of traditional Korean paper production.

He began collecting hanji relics with his research at Gansong Art Museum in the early 1990s. Initially he began the collection in order to analyze hanji production methods, and the collection has grown to 8,000 items over the past 20 years. No longer able to manage or research the collection by himself, he donated it to the Historical Museum in Wonjoo, his hometown, in order to share hanji materials with others and to revive hanji culture with a broader audience.

When Lee began studying hanji, he was mostly interested in paper in natural colors, but later investigated how to produce a broader range of colors with natural dyes after having been exposed to examples of colored paper from the Joseon Dynasty (1392-1897).

Lee is convinced that nature is the fundamental origin of human aesthetic sensibility. Thus, aesthetic objects are found in natural objects, which in his case specifically mean the Korean natural colors he has learned to produce. For Lee, a natural color exists without instrumental purpose, and is itself an aesthetic element that is distinctive and universal. He challenges himself to present this beauty and share it with others: the question is how. The exhibition raises the question:In what specific form does an installation have to be constructed in order to represent the particular beauty found in Korean natural colors? In other words, the exhibition attempts to represent the natural beauty of Korea found in particular colors by means of a specific form of installation art. This question involves two layers of differences. One is that between a man-made form and the natural beauty found in particular colors. The other is the difference between Western and Far East Asian cultures, considering that installation art is an art form developed in Western countries and considering that the subject matter in question is geographically limited, 'Korean beauty,' in the sense of a beauty that is found in the Korean natural environment.

By focusing on the beauty of Korean natural colors, Seung Chul Lee identifies Koreans as a people of nature. He expresses this through a form of western contemporary art, in which Korean thoughts and cultural elements exist as a dormant possibility waiting to be explored and realized. The current four experimental pieces by Lee are just a beginning of the exploration of this potential Korean aspect of installation art that I wish the artist to fully unfold in the near future.